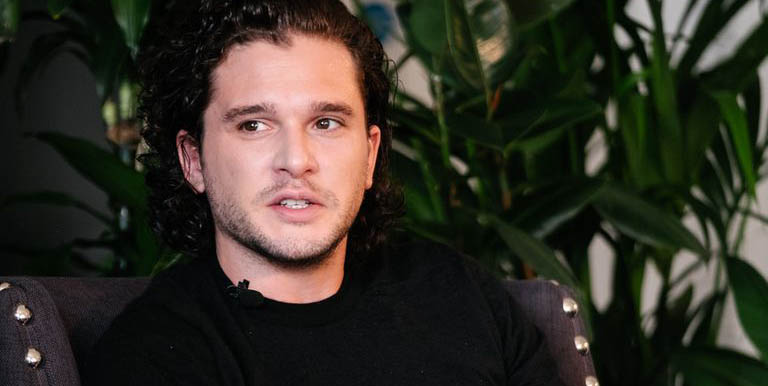 Kit Harington is about to kick off his post-Game of Thrones career by appearing in a West End production of Sam Shepard play True West.

Talking before his appearance at Esquire Townhouse, the actor explained why he wants to back to the stage, how it was wrapping up the biggest TV show on earth and how he likes to dress (when not in furs).

What is your new play True West about?

Many things, depending on what you make of it. It’s about two brothers in their mother’s house, just outside of LA. Austin, my character, is a screenwriter who’s trying to get his movie script off the ground. He’s the straight-laced, conventional one – at least at the start. Lee, his brother, is a renegade, drifter, vagabond type – who’s putting Austin off writing his script. Really, it’s about two sides of one creative personality. I think they’re the same person.

You must have no shortage of offers after Game of Thrones. What made you go for this one?

I’ve always admired [director] Matthew Dunster’s work. That piqued my interest. Then the more I read the play, the more I was fascinated by Austin. It’s an amazing character and there’s an appeal doing a smaller, more contained play where the lead is shared between me and Johnny (Flynn). It’s almost a two hander.

How has your relationship with Johnny been?

It’s been brilliant. I didn’t know him before this. He’s quite a calm, thoughtful man which is good in a two-handed play of this intensity over a few months… If you don’t get on, it can be tough. We’ve met two or three times and already built good vibes.

What’s made you want to go back to doing theatre?

My first job was [the theatre production] War Horse. Then I did the pilot for Thrones, then [the play] Posh, then nothing until Faustus four or five years later. So there was an urge to get back and do it. There’s a drain somewhere that was blocked, and I needed to unblock it. I think you have to switch between theatre and film. For me, it’s essential. It works different muscles.

People don’t half read into all this stuff, don’t they? I try and ignore it. I don’t know, I guess I’m exhausted of living nine years where my very appearance is a ‘spoiler’.

Do you think people love Jon Snow – particularly at the moment – because he is a principled leader in a world that feels like it’s lacking those?

I’ve genuinely no idea. That’s the great thing. A lot of people have got a plethora of characters they like. For some people, it’s Jon Snow because they like his vulnerability. He’s a hero, he’s good with a sword, but he’s vulnerable in a very different way. He has deep, emotional scars and it goes right back to that conversation with Tyrion in the first season: ‘every dwarf is a bastard in their father’s eyes’, that sort of thing. But then again, some people hate Jon Snow and love Jaime Lannister. That’s the great thing about it.

I think they’ve all got their moral compass. They all have something that drives them. For Jon – it’s truth, honesty and nobility. From day one he’s had to fight against this being an outcast, so he stands up for outcasts. For others, like Cersei, it’s her children.

How was wrapping things up on the show?

I had lunch with John Bradley [Samwell Tarly] yesterday, which was nice. We were talking through how we feel right now. This would typically be the point when we’d be getting ready to do it all again. I don’t think any of us had a real desire to, though. We’re sad it’s over, but we kind of want it wrapped. I’m ready to move on and I think there’s this big, overhanging thing of it just not quite being done yet. I’m looking forward to seeing the fucking thing! Then I can go: ‘right, great. Done’.

Is there anyone else from the crew you think you’re going to remain close to?

What did you make of The Bodyguard?

I thought it was great! Good, thrilling TV. I was really happy for him. It’s always a good sign if you can watch one of your best mates on the screen, and forget it’s them. That’s what he did. I can’t remember the last time everyone was talking about a British show. Broadchurch was probably the last one. We’re producing better and better TV at the moment.

What are your post-Throne plans?

Just take it step by step, really. I want to do this play and see how that goes. I strangely don’t feel very rested after this summer, even though I thought it was going to be a nice, restful period. At some point, I’m going to take a sabbatical. Produce some things. There’s a lot of background ambitions that I have that I’m flirting with the idea of.

You’re the face of Dolce and Gabbana. How important is fashion to you?

I do have an interest in fashion, though I don’t necessarily follow brands. I’ve been fortunate to be given a whole load of Dolce and Gabbana clothes and fragrance from them, which is lovely. So I’m wearing a lot of them at the moment. I like the kind of English-gent look. I’m liking Oliver Spencer at the moment.

What items do you gravitate towards?

What do your old school friends make of your success?

I go through life with my friends ripping the shit out of me. That’s the only way you can stay sane, I think. I think you’re in deep trouble if you find yourself at a table where you’re paying everyone at that table. You need friends who are going to tell you the truth.

What’s the best piece of advice you’ve ever been given?

‘Be nice to people’. I think it was one of my Mum’s friends that said it, really simple: ‘turn up and be nice’. It was quite recently actually.

What would you be doing if you weren’t an actor?

I think I’d be an unemployed actor. I genuinely don’t know – something in the creative industries. Journalism or photography. War correspondent, I quite liked the idea of.

What is the best age to be?

27 was pretty great. 28 sucked. 28 was the worst years of my life. 31 has been pretty good. I was the same age when I started Thrones as Sophie and Maisie were when they left it. Which is bizarre. [Source]

TV series based on the New York Times’ column that explores relationships, love and the human connection.

Visit our photo gallery with over 26.900 photos and growning often!
Partner Site